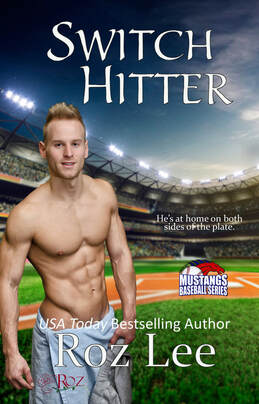 Five years ago, switch-hitting left fielder, Bentley Randolph ran from his private shame and never looked back until the Mustangs new trade acquisition, Sean Flannery, walked into the locker room and laid him flat with a single punch, bringing the memories back in a flash of pain and humiliation. Unable to escape this time, Bentley has no choice but to face his complicated feelings for Sean, as well as the woman he loves.

Sean Flannery hasn’t forgotten the incident that changed his life or forgiven Bentley for the cowardly way he handled the encounter—asking to be traded to another team. Recently traded to the Mustangs himself, Sean is determined to keep his distance from the man of his dreams, up until the moment his fist connects with the left fielder’s face and the ensuing brawl on the locker room floor reveals something he never dared hope for—Bentley still wants him.